About Us
Camden County OEO is a private, non-profit agency dedicated to serving and uplifting economically disadvantaged individuals and families in Camden County, New Jersey since 1965. 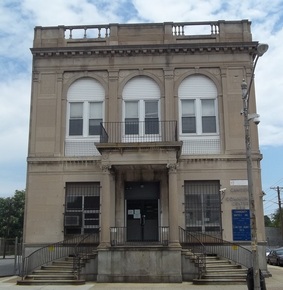 Early in 1964 President Lyndon B. Johnson, in a message to Congress, proposed a massive War on Poverty in the United States. In August of that same year, Congress passed, and the President signed into law, the Economic Opportunity Act of 1964, which authorized and funded local agencies to fight the War on poverty.

It is that statute and its descendants that have allowed organizations throughout the country to assist hundreds of thousands of families to obtain education, training, jobs, homes, child care, food, clothing and the opportunity to achieve self-sufficiency. These organizations and the people working in them have persevered through the years amid good and hard times.


In 1965, the mayor of Camden initiated a city-wide program which operated for approximately a year and a half. During this time a council was formed and an administrator was hired to guide activities of the organization. Staff was selected to research needs, organize neighborhoods and set up committees of residents to identify their own needs and desires and initiate programs to meet those needs.

Two programs were started: an in-school Neighborhood Youth Corps which provided training, job counseling and placement and support for youth; and a Summer Head Start Program that was administered by the Board of Education. From the beginning, a strong provision of the Education Opportunity Act was the responsibility of the organization to include low-income residents in the planning and decision-making process.

For a number of reasons including new guidelines from the Federal Office of Economic Opportunity, the interest of state and county officials and difficulties in implementing the city program, it was decided that a private not-for-profit, county-wide agency would best serve the needs of the economically disadvantaged population. The ground work was completed: by-laws and mission statement were written, budgets were developed, space was rented and staff was hired.